Rachel came about as the result of a critical success on a reaction roll I made on behalf of one of my players while they were at a party trying to sling cocaine to get close to a Broadway singer so they could kidnap her. So I decided that Tony now has a very determined and nosy admirer and love interest.

Rachel is built on 100% of Tony's points and appears on a 6 or less. I used Action 4 as well as many of the various Power-Up series for inspiration and ideas. 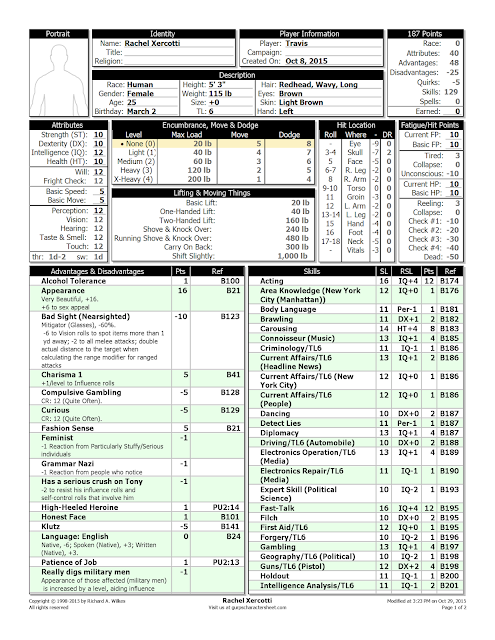 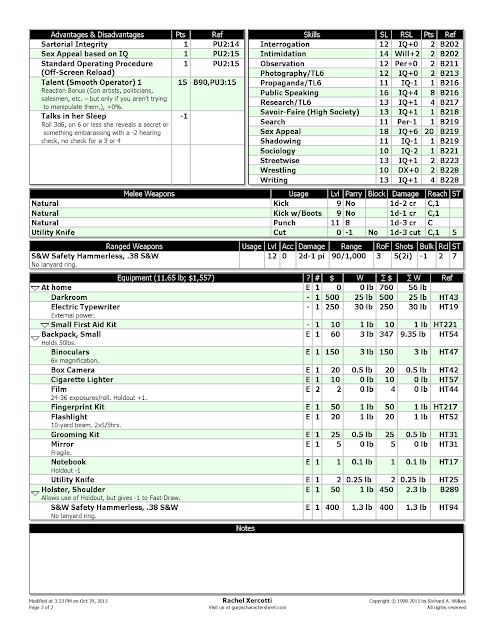 Rachel was built using numerous skill packages from Action 4: Bon Vivant, Journalism, Detective Work, Femme Fatale, Social Engineering. These packages resulted in a significant overlap, especially with Sex Appeal which ended up ridiculously high (especially after tuning it to IQ instead of HT with a Perk).