So, you're using GCS to design a new character in with Signature Gear, or a tricked-out gun that you dropped some Character Points on to be able to purchase. Obviously you're going to slap on a Weapon Bond because that extra +1 to skill for the low cost of a Perk is bananas strong. 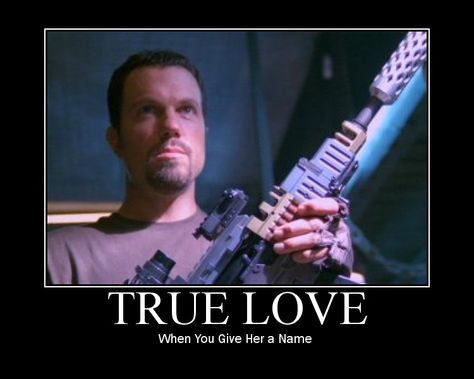 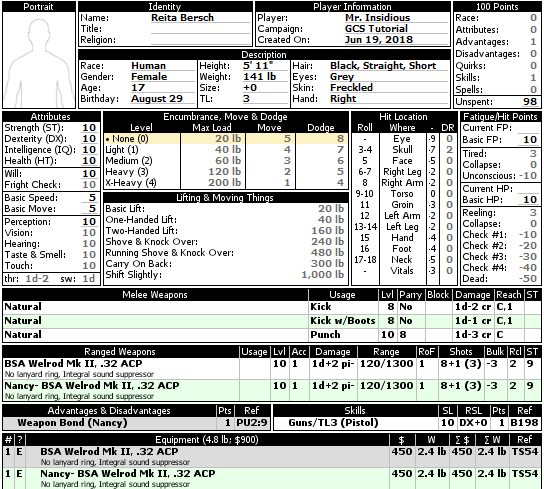 On this sheet I've added Weapon Bond, as well as two BSA Welrods. One is named Nancy, because that's going to be the gun that Reita finds especially well suited to her. With no further changes, GCS doesn't account for Weapon Bond, and both are at skill ten.

In the past, I would have dug around the Weapon Bond Advantage trying to add a feature that would bump Pistol Skill only while using Nancy, but this leads to problems: 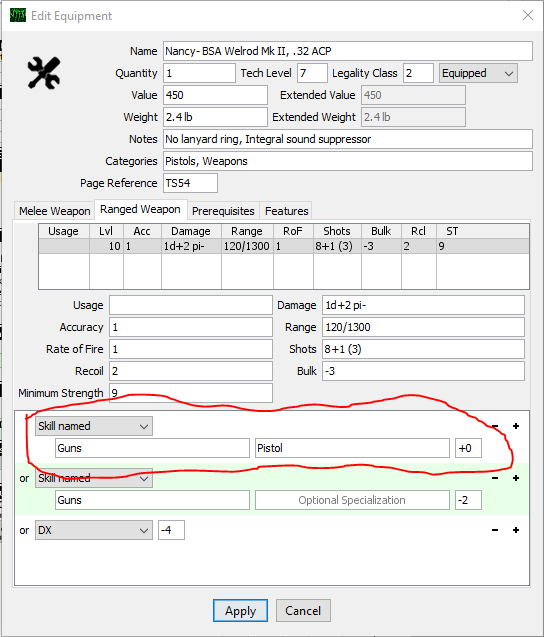 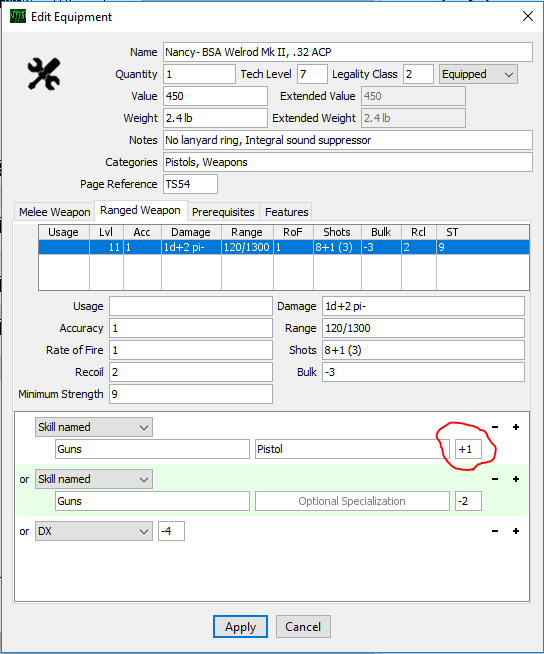 And looking back at the sheet, we can see that one Welrod is showing an increased skill level, while Guns Skill is still 10, and the other Welrod isn't bumped. 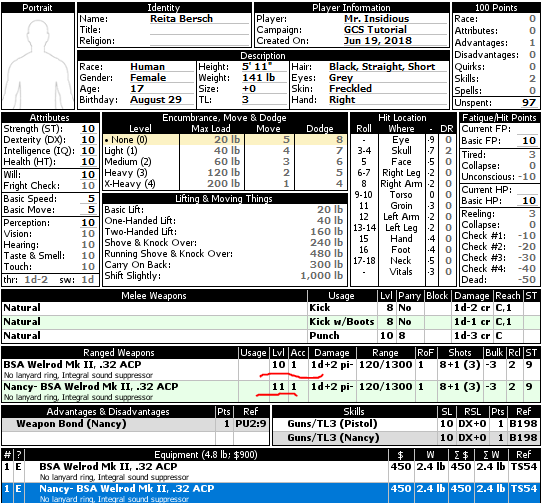 This is also the correct way of modeling Reflex Sights, Bonuses from Fine/Very Fine/Balanced equipment, and can also smooth over RoF calculations when using shotguns. If it affects the weapon and not the base skill, you likely want to add the bonus to the weapon, not via a feature which increases skill.

This method breaks down when using equipment bond, things that affect Fast-Draw, etc. I'm still noodling on the best method of handling some of them.