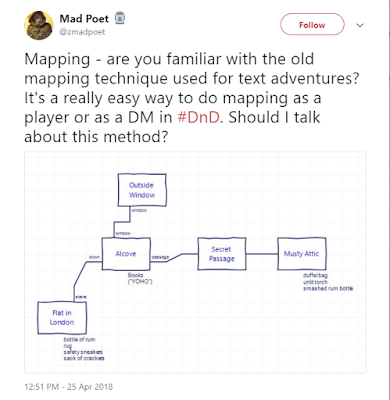 I have gotten into the habit of using relational maps for my most recent GURPS campaign, Pine Box Consulting, and figured I could talk about why I started using them. I don't use them to map physical locations or a series of events, but the layout of influence and connections between all the actors at play in my games.

I use https://www.draw.io/ to produce my maps.


I like relational maps because they visually show the connections and influences between disparate factions and individuals better than a spreadsheet or word document, although a wiki might do a decent job at matching a relational map if well done.

Now, relational maps don't contain deep information on the entities contained within- I keep most of that in my head. It is possible to include more in-depth info, but the effort vs. reward isn't the best on doing so.

It can be very hard to document how every group relates to one another without significant amounts of repetition. Especially when it comes to doing writeups of groups/factions, there's a lot of times where you'll see "Group X hates Group Y" and then in the entry for Group Y you'll see "Group Y hates Group X". You can't not list it- otherwise looking at just Group Y might lead you to miss the rancor, but it's still redundant to a degree.

I don't muck around with different arrows all that much, or put much effort into showing which are friendly or adversarial connections- I can remember the nature of the relationships off the top of my head, and these diagrams aren't player facing. Player facing diagrams should have more careful attention paid to whether arrows are bidirectional or not.


Now note, these diagrams are less "flowchart" and more "If I need to know the police are connected to". Looking 1 or 2 hops out very quickly gives a sense of who is directly and slightly less directly influenced by one another.

I don't use the diagrams to tie into mechanics, although I suppose there could be a way of rigging number of hops to a skill penalty (For instance, trying to pump Flavio for for information about Hubert, who's roughly 5 hops away, not counting the mystery informant, might not go very well because he's too distant from the info being sought.)

It's generally pretty easy to update, even mid-session. Other maps that I've done for more recent missions involve big X's placed over individuals deceased during the course of the mission.\

Now, that's not to say that they can't be used for physical Dungeons, and if I ever run the Castlevania DF game I had in mind, the castle might just look a little like the diagram below. 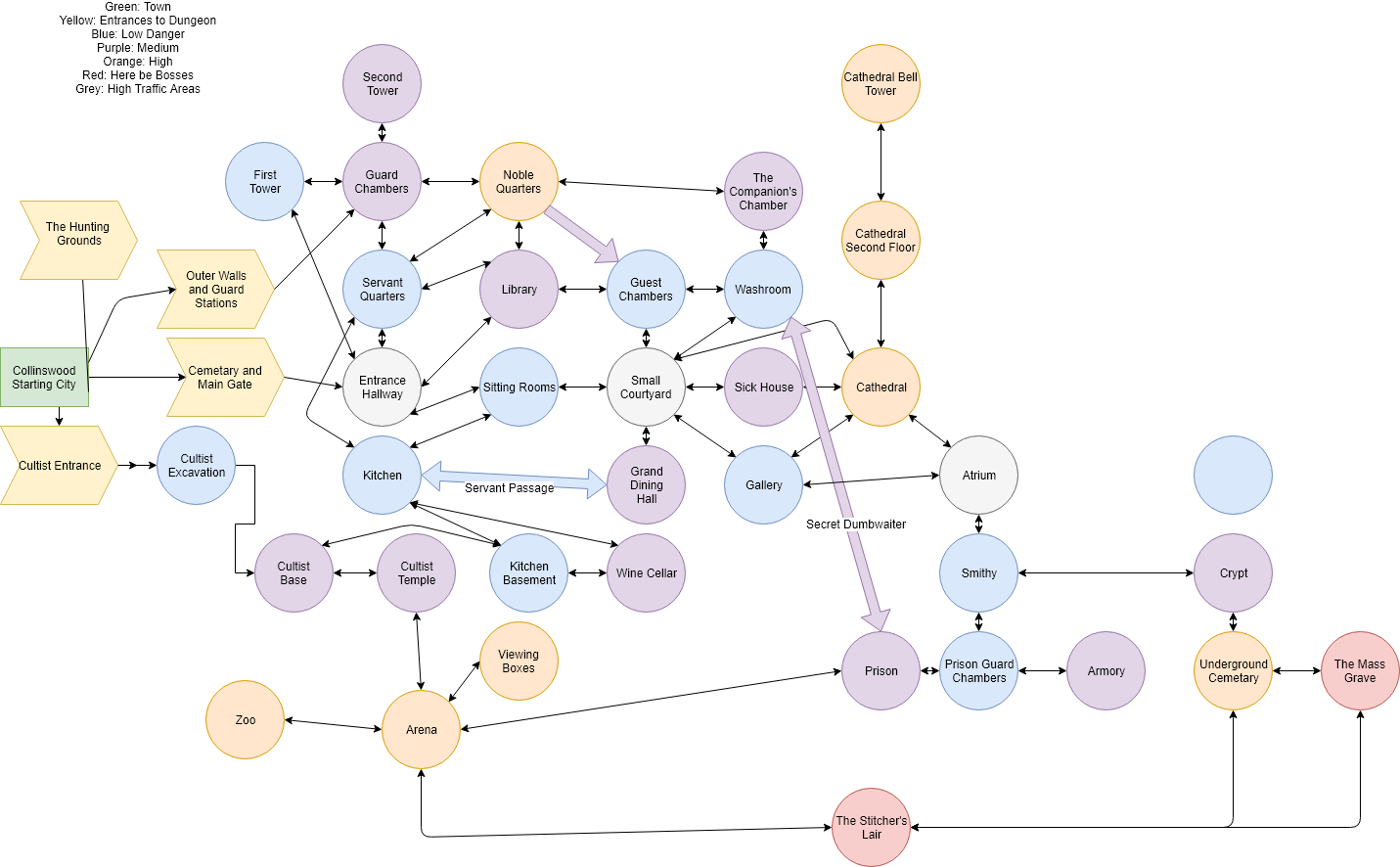 Posted by Mr. Insidious at 5:45 PM No comments: